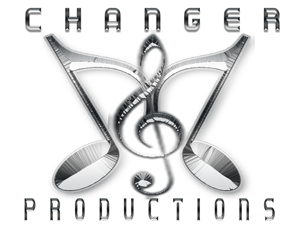 I am writing today from an artist/rapper/rhymer/producer’s perspective, since that is what I have been since 1993.

The recent trend over the past couple of years has seen rise to much ignorance on the parts of rap producers and purchasers of said beat makers, from rappers/writers/artist’s. It has become popular for producers to undersell there services. It has lead new artists into thinking they can get quality exclusive beats for nothing, and they are owed by all other producers to follow suit, ignoring the steep price it costs serious producers to build there resources, equipment, network and sound libraries, and most of all, the producers years of experimenting to gain their own sound and level of expertise.

Is it due to the “the world owes me” millennial generational attitude??? Or is it partially due to misdirected freebies/incentives being overused by producers and educating new rappers into thinking they can be taken serious by having the same beat as 100’s of other online songs/artists?

That’s the part of the current problem and trend for producers and artists. Free is great, but at what cost?

Thee other section is related to education on the artists end. Meaning, an artist needs to see their craft from the perspective of fans, industry professionals and peers. If one expects to be taken serious, then one must invest in one of a kind, exclusive works of art, no?

Art galleries do not sell pieces of paintings to numerous clients, so why do producers and artists think it’s professional and ok?

I as an artist understand that cutting corners to save money, is justified by leasing a beat for $20-$100, yet I also am educated and know that for either the same price or $100 more, tons of one of a kind beats can be exclusively owned/purchased just for them to bless and write/perform to, and all it takes is researching, networking, reaching out to producers you want to build with. Negotiate. Share examples of your work, and if a producer likes it, they will reduce their rate or do pro bono deals.

As a producer I understand other producers giving beats away for building their email list/database or to get free promotion/word of mouth; But why are they not asking them selves about when too many free beats are too much, or at what cost to their reputation, or the industry and peers cause and effect? Snowball effect?

The lure to lease beats as a producer has been cancelled out in my mind by “RESPECT”. I respect artists. I am an artist who became a producer in the 90’s out of necessity and having my own sound and song, was the pure reason of doing so. Thus, “VALUE” was achieved and respected by my journey. I respect being a producer so much, that I delved into Electronic magazine’s engineering theories back in 2002, and kept pursuing the in’s and out’s of audio engineering to add value to my production. I mean just listen to my mixes and tracks at www.changermusic.ca or www.changerproductions.ca.

The pro’s and con’s from producers points of views, as well as from a buying client’s point of views(from the artist’s) is not up for debate when integrity, custom, orginal, one of a kind/exclusive creations are reasonably priced and valued, is it?

Are we in it for the art or to keep up with the Jones’s? If you are doing it for fun then lease and buy generic, recycled beats all you want, just don’t expect other artists or fans or industry executives to take you serious.

To me as a producer, I won’t lease to numerous people. I respect my originality and the artist’s originality on a track. It’s a blessing and a connection to be honored via reasonable pricing, and quality mixes, mastering and communication. Are these producers just savvy business men, or copying other producers to fit in with what uneducated rappers want and are too lazy to not be able to afford more?

To me as a writer/artist/performer, I will pay extra to have my own beat to write to and to have my own lane, my own sound, my own song. I don’t want to hear another on what I paid for, even it’s only $20. Even if it allows me to sell 1,000 units or a gazillion streams. It’s the principal. It’s my valuing the code of artistry.

I compare the current sad trend of leasing beats to “Uber”. I mean, if a beat is an original one of a kind car, and everyone gets to drive in it, how great is that for the artist or producer or music industry?

What long term devaluing of writers, producers and fans expectations are taking place? If people demanded more and had boundaries, instead of just accepting what they don’t like, and educated them selves on better options, not only would producers and artists/writers be raising one another up, the whole world, and humanity would benefit from this mutual respect and perspective. No?

To me this is more then music or money. It’s sanity and humanity’s vanity has tainted how simplicity has run a muck, by not setting standards. Body builders set goals, and standards for them selves. Why don’t new producers and rappers? We can be like athlete’s. I am a “Beat Athlete”. I jump hurdles “creatively”. I invest in my craft, as a producer and artist when I pay for hosting, online courses, promoters, video footage, editing, directors, conferences, etc. This is a journey and our love is firs and foremost thee reason why we live and breath Hip-Hop. So?

We owe it to our selves to buy exclusives and sell exclusives for many various reasons, but mainly for the love of Hip-Hop.